Campaigns are what users will be using to send out message segments in bulk to their customers. Everything from promotional events to payment confirmations can be run through our campaign builder. The process is built to be as simplistic as possible while offering a versatile number of options to pick from.

Currently, the only campaigns we have available are the SMS campaigns found in the menu sidebar.

Under the SMS Campaigns tab, there will be a list of sent campaigns for users to drill into for additional details, including when it was sent, which client sent it, the campaign contents, and the campaign name. To start a new campaign, click on "+ create SMS campaign" at the top left. Users will then be brought to the following somewhat elaborate UI. 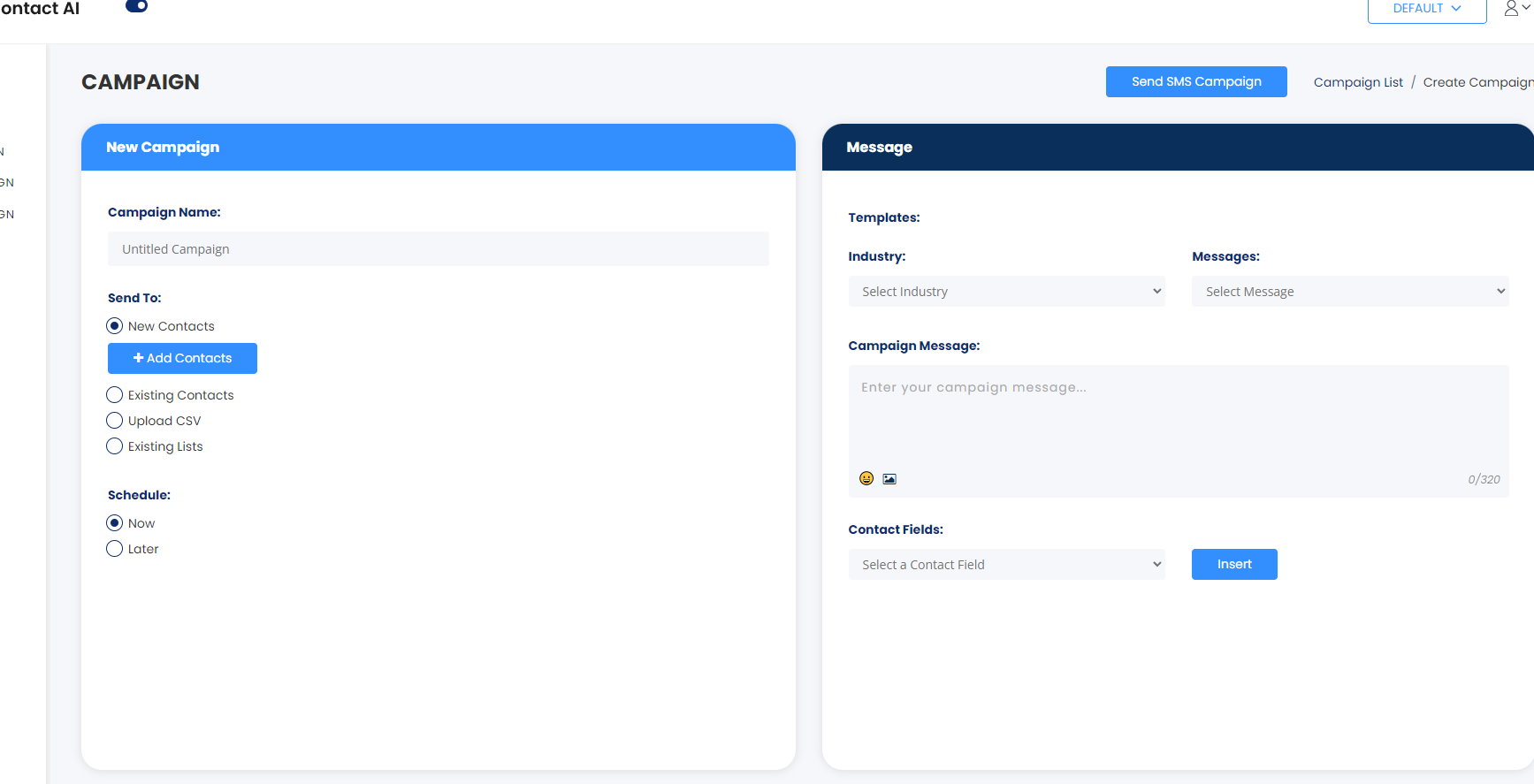 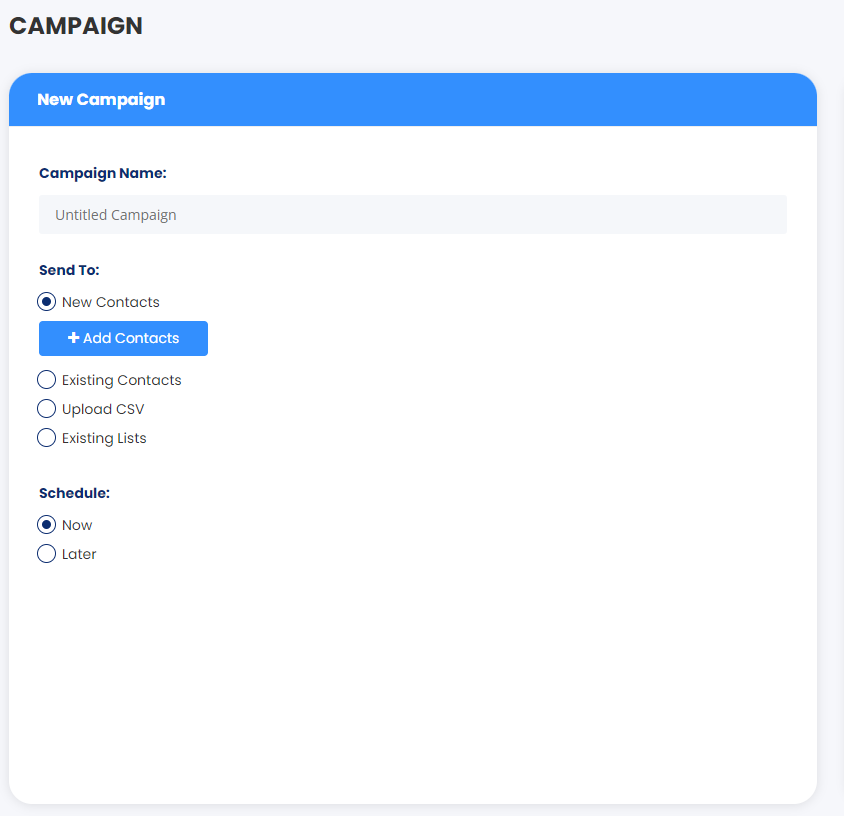 There are several options for how to send the campaign. 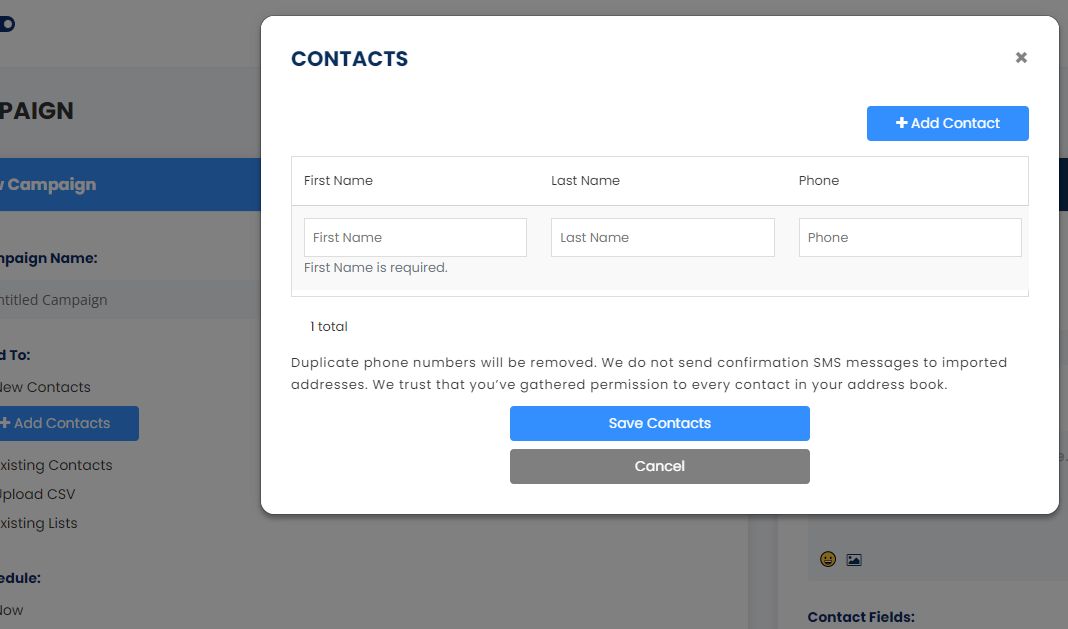 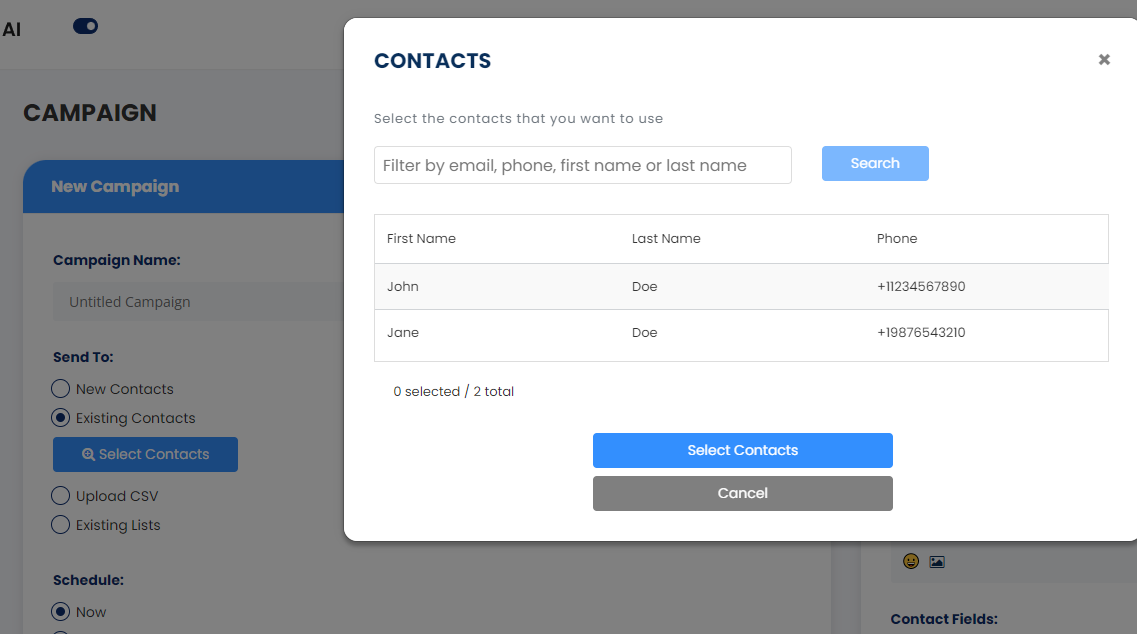 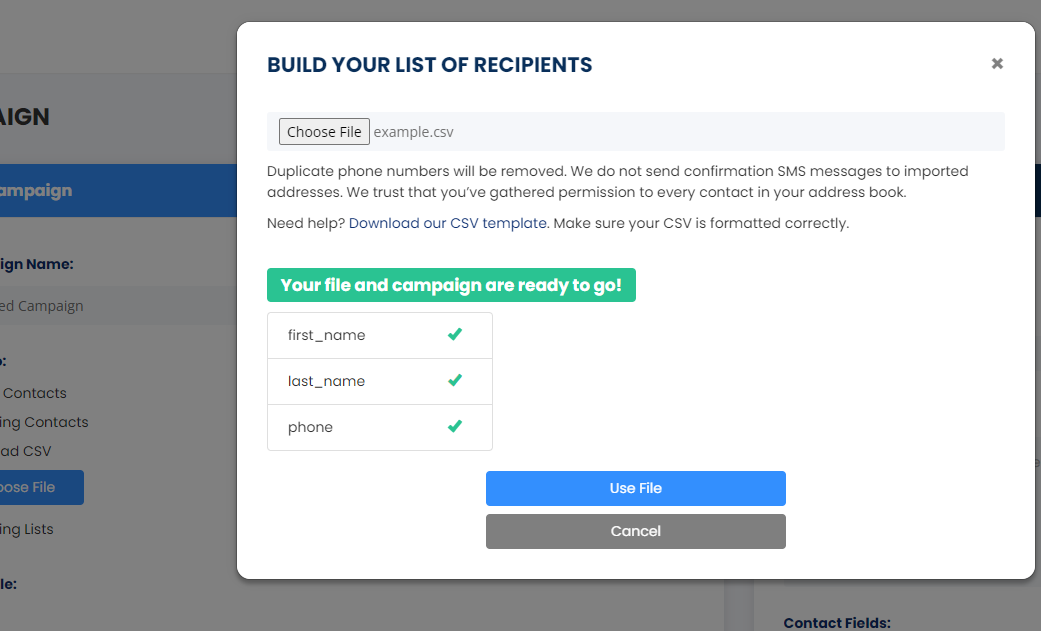 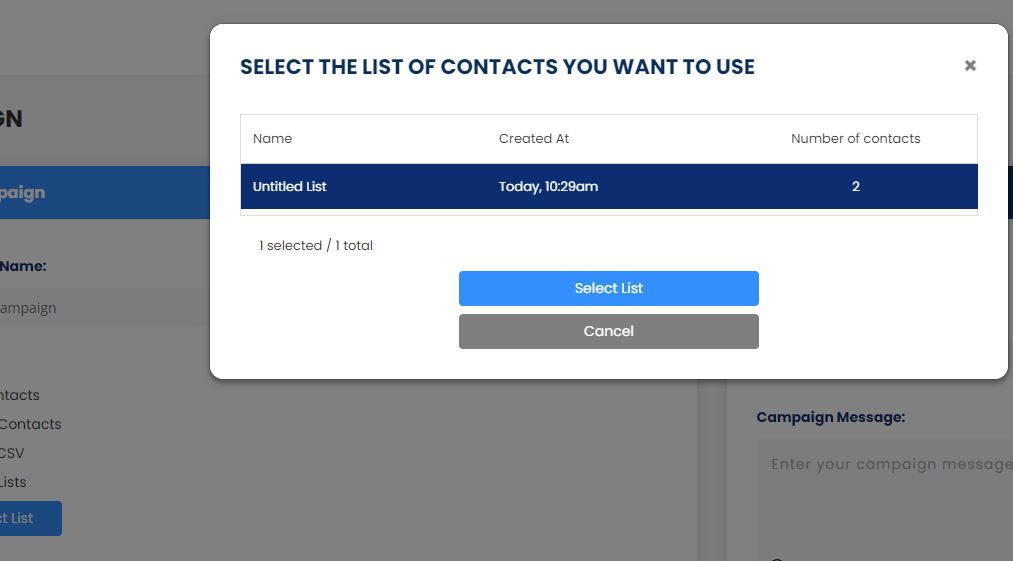 The right side of the page contains a window for managing what the campaign says, a dropdown with templates organized by industry, and a dropdown for inserting autofill variables. 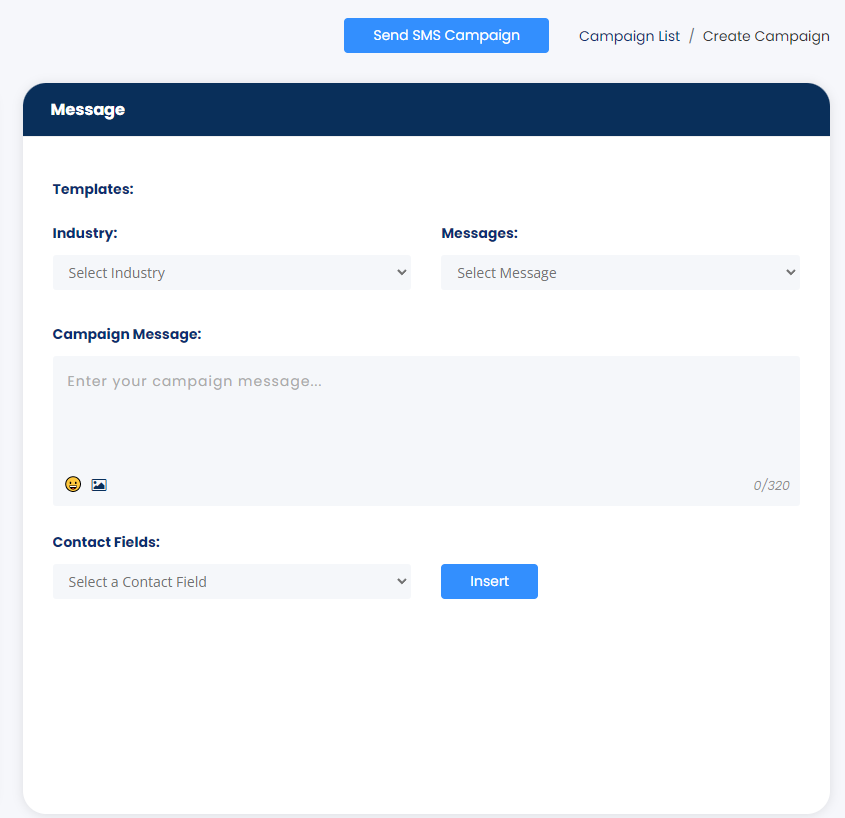 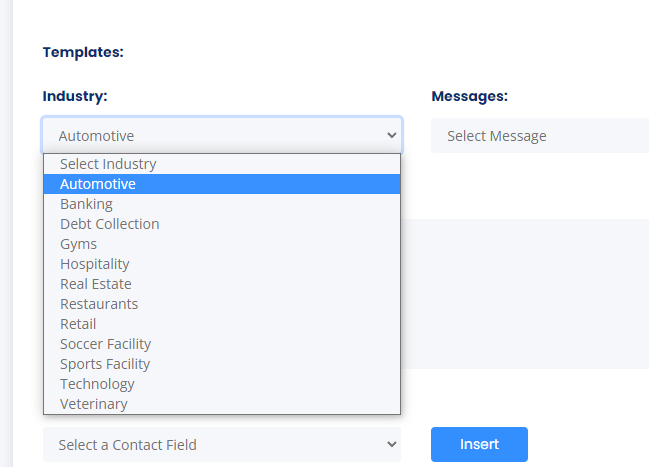 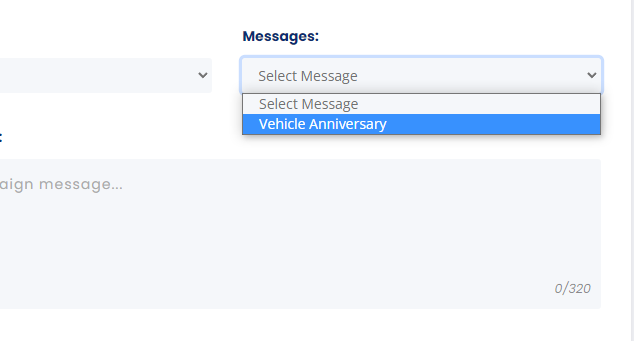 Any campaigns with between 160 and 320 characters will count as two segments and two messages for each one sent on the bill.

After Sending a Campaign

Once a campaign is sent, if the campaign is to more than one person and/or has a hyperlink in its contents, the campaign will first be vetted through us to ensure that the campaign consists of no malevolent content. In the meantime, users can still check on the status of the campaign from the SMS campaigns tab.

From here, campaigns will either show that they were successfully sent or met an error. These can be inspected from the campaign details. 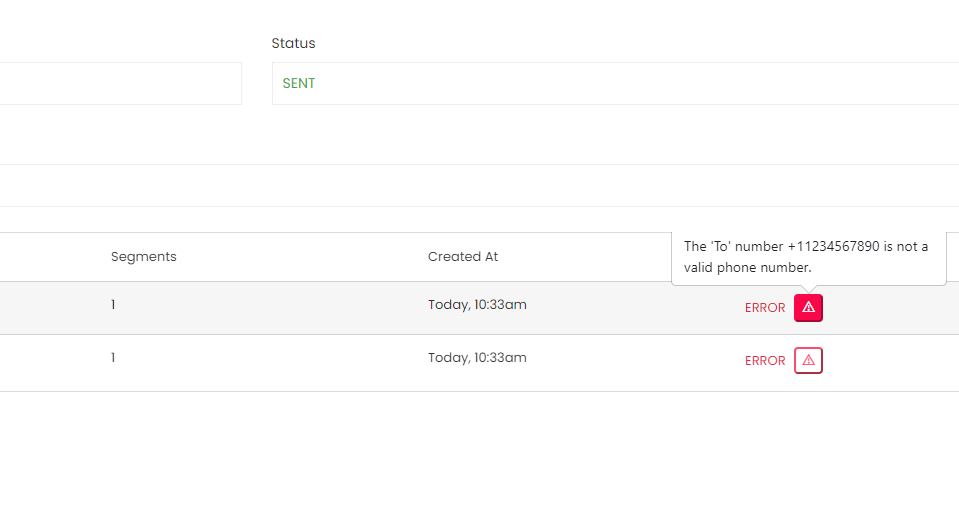