As described back in the chapter about managing customer info, our CSV file is a really good way of uploading several customers, especially if their credentials have already been saved on another file. Alternatively, if they need to be exported for other purposes, they can be downloaded as a CSV file.

The first option along the subsequent sent of radio buttons is where importing CSV files takes place. The template can be downloaded as 'example.csv' with all the categories already established. Note: there are categories other than first_name, last_name, and phone, but they aren't required for the file to be uploaded.

While the CSV document or the page where the template is downloaded doesn't state it explicitly, we do allow users to add additional variables following the first name, last name, and phone number.

As shown below, this is the template CSV that is provided on CCAI. 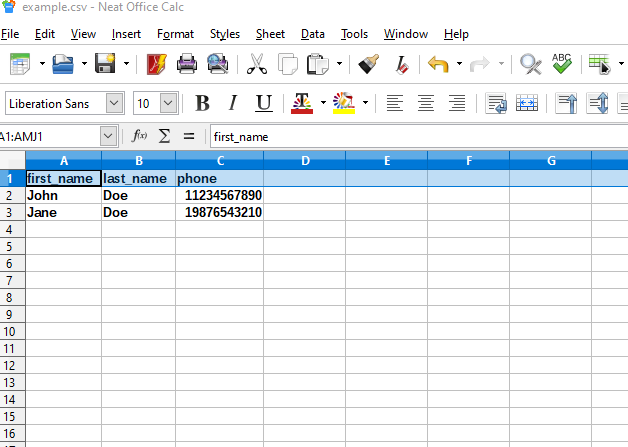 Let's say for example that these are clients who visited different branches of the user's company and campaigns that are being sent need to advertise the branch that is most likely closest to where these customers live. The user would then add a new variable in the first column 'store_branch.' 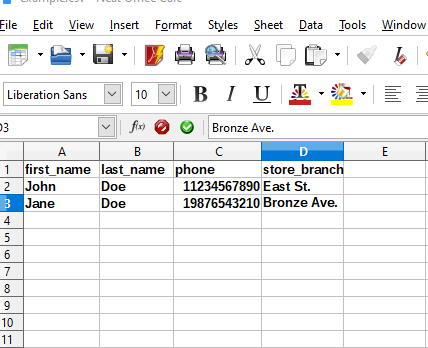 From here, it's a matter of filling out the new column appropriately and uploading the saved CSV as normal.